Central Bank will use reserves to keep peso stable

International reserves exceeded US$13 billion at the end of 2021.

Reiterates that it maintains a strengthened position to face this type of shock and guarantee availability of foreign currency to productive sectors and the general public.

The Central Bank of the Dominican Republic (BCRD) informed that it will participate in the foreign exchange market whenever necessary, in order to contribute to the stability of the Dominican peso  and maintain a climate of certainty among the country’s economic agents.

Faced with publications that reveal that there have been some movements in the exchange rate, the BCRD acknowledges that, “as is typical during the first weeks of the year, the foreign exchange market responds to a seasonal effect of a recovery in the demand for currency for inventory replenishment.

This is so, after the temporary closure for collective vacations of several companies, including foreign exchange generators, such as the free zones.”

In responding to the newspaper HOY on the subject of the increase in the dollar rate in recent days, the Central Bank adds that on this occasion “other factors could also be combined external, such as: the increase in the oil bill and some raw materials in international markets, expectations of a faster normalization of the monetary policy stance by the  Federal Reserve  than expected and uncertainty regarding the permanence of the pandemic at a global level.

These elements explain the strengthening of the dollar observed in global markets, while in the Dominican foreign exchange market exchange pressures are much more moderate than those observed in other emerging countries, thanks to the significant flow of foreign exchange from remittances, the continuous recovery of tourism and the dynamism of the external sector as a whole (exports and foreign direct investment)”.

The BCRD reiterates that it maintains a strengthened international reserve position to face this type of shock and guarantee, as is customary, the availability of the currency to the productive sectors y the general public.

It highlights that “it continues to participate in the foreign exchange market whenever necessary, in order to contribute to the stability of the currency and maintain the climate of certainty.”

According to the latest statistics published by the BCRD, international reserves exceeded  US$13,000 million at the end of 2021, a 14.0% of GDP and equivalent to 6.6 months of imports. These metrics exceed the levels recommended by the International Monetary Fund (IMF), helping the country maintain a favorable external position with an estimated current account deficit of around 2.0% of GDP. 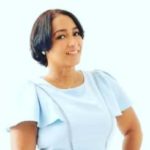